Each year, the scholarship application is available on this page or in our branches starting the first business day of January. Completed applications and all supporting documents listed in the application must be returned to a branch or postmarked by the last business day for February. Scholarship recipients are announced by the end of April and recognized at our Annual Meeting in May.

Since the scholarship program started in 1993, we have awarded $88,000 to further the higher education of 88 young credit union members.

Aniston is graduating from Troy Buchanan High School. She scored a 24 on her ACT and has a 4.279 GPA on a 4.0 scale. Aniston plans to study Pharmacy at the University of Health Sciences and Pharmacy in St. Louis. She has taken advanced academic, honors-level, and AP classes. Aniston is a Student Administrator and Mentor, a member of the National Junior Honor Society, and a historian and National Honor Society Officer. She has a passion for animals working as a Barn Assistant and Barn Manager at several ranches and a boarding assistant at an animal medical center. She has also worked as a pharmacy assistant. Aniston lives in Troy, MO, and is the daughter of Lisa and Mike Andreas.

Hailey is graduating from Francis Howell High School.  She scored an 18 on her ACT and has a 3.93 GPA on a 4.0 scale. Hailey plans to study Education at the University of Central Missouri in Warrensburg. She is a member of the National Honor Society and earned Honor Roll distinctions every semester all four years of high school. Hailey is a member of the Family, Career, and Community Leaders of America (FCCLA), the Future Business Leaders of America (FBLA), the Spanish and Art Clubs, and a Francis Howell Viking Edge Leader. Hailey has worked at Schnucks, as a Summer Camp Counselor and an Assistant Teacher. She lives in O’Fallon, MO, and is the daughter of Shelley and Michael Greenfield.

Margaret is graduating from Ursuline Academy. She scored 26 on her ACT and has a 3.78 GPA on a 4.0 scale. Margaret plans to study Secondary Education, specializing in Mathematics, at Truman State University in Kirksville, MO. She is a Global Scholar, a member of Ursuline Academy’s Varsity Swim and Cross-Country teams, and earned Swim Team Rookie of the Year her freshman year. Margaret was coached by Jim Halliburton, son of Edward Halliburton, as a member of the FAST swim team (Flyers Aquatic Swim Team). Margaret is also involved in Theater and, despite the pandemic, logged over 100 community service hours in 2020. She has worked as a Life Guard and a private nanny. Margaret lives in St. Louis and is the daughter of Jenni Laux.

Other Ways to Help Pay for College

The cost of college continues to rise and when scholarships, grants, and federal aid aren't enough, private student loans can be a necessary and cost-effective way to fill educational funding gaps. We want to make financing college easier so you can focus on what's really important—achieving your dreams of higher education at the school of your choice! 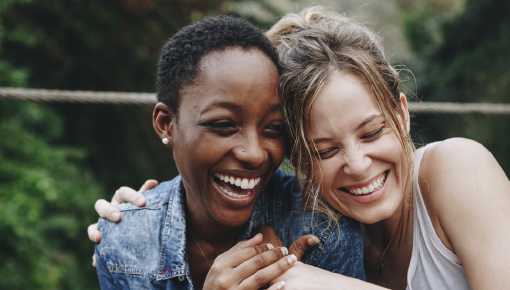 Give the gift of membership